Goodbyes are never easy and last night at the Tribute Communities Centre was one of the hardest for figure skating fans. The Rock the Rink Tour made it’s stop and a sold out crowd had the chance to see Scott Moir and Tessa Virtue perform together one last time. And they did not disappoint. Fans were treated to a spectacular night of skating by not only Scott and Tessa but skating elites such as Elvis Stojko, Kaetlyn Osmond, Patrick Chan, Carolina Kostner, Jeremy Abbott, and Tatiana Volosozhar with partner, Maxim Trankov. It’s safe to say this all star line up was ready to Rock the Rink!

The evening started out a bit differently than any skating show I had been to. Centre ice was set with a stage for the Birds of Bellwoods to perform. The unique sounds and melodies quickly had the crowd singing along and dancing in our seats. The unexpected harmonies of banjos, base, and guitars filled the arena prepping the crowd for approximately 40 mins before the skating even started. The lead singer was entertaining to watch, engaging with the crowd and had such a fantastic sound, you couldn’t help but hang on each note. 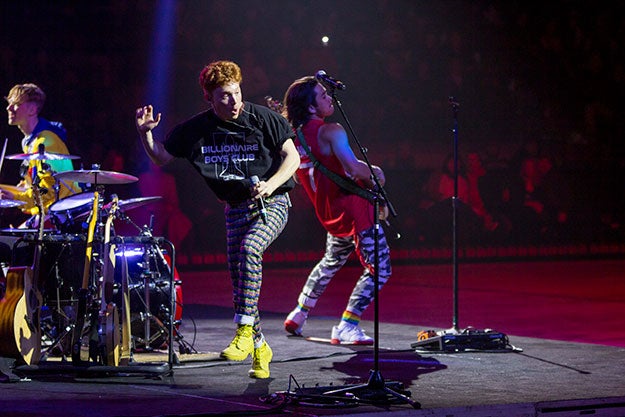 There was a quick intermission (the only one of the evening) while the crew quickly removed the stage and then it was show time! The first performance of the night was a group number that introduced the skaters one at a time, highlighting each skater through jumps, spins, and lifts. The female cast were in colourful, bright dresses with the men in matching colours. The lighting and choreography added excellent effects that immediately excited the crowd. By the end of the first routine, the crowd was on their feet cheering on their favourites.

The show had a wonderful flow with one routine flowing right into the next. The fans were treated to high quality elements in the skaters program such as a triple lutz by Jeremy Abbott, triple toes from Elvis Stojko and Katelyn Osmond, as well as a very unique “no handed” upside down lift from Tatiana Volosozhar and Maxim Trankov. These guys don’t shy away from the big tricks simply because this is a show and not competition. Scott and Tessa pulled out almost all their big tricks from their signature lifts and jumps into each others arms but one incredible highlight was the absolute perfect back flip that Jeremy executed not once but TWICE in the show! 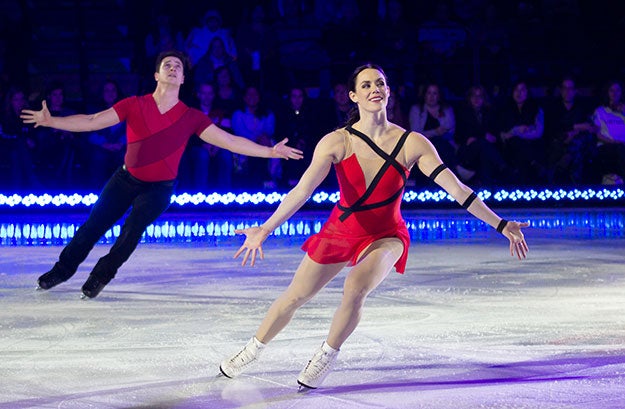 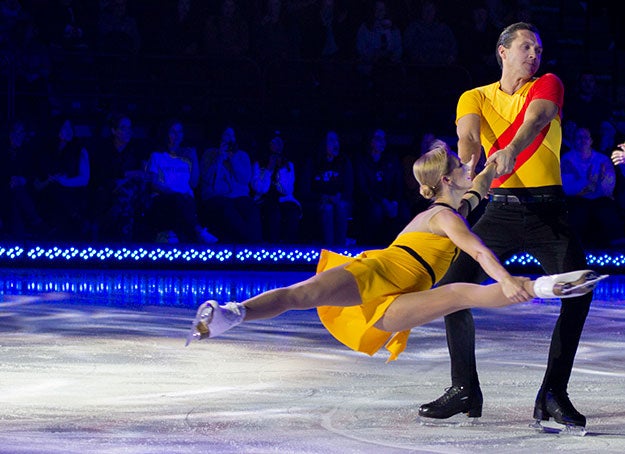 The Rock the Rink tour has a wonderful mix of emotions that everyone in the arena was feeling. The upbeat songs and light hearted dancing of Elvis Stojko and Patrick Chan had us laughing, clapping and dancing along capturing the celebration aspect of the tour and the fun we have all had along the journey. Then as quickly as Elvis’ feet in his steps sequences are, you were pulled back into the realization that an end of an era was happening right in front of your eyes. Tatiana and Maxim pulled at our hearts with a beautiful creation to Whitney Houston’s “I will always love you” and Jeremy had a very emotional and telling skate to a song entitled, “I don’t want you to go”.  There was no mistaking the metaphors and symbolism of his performance where many of the other skaters joined him in his performance trying to hold on, just like the skating world wants to “hold on” to our Canadian Sweethearts, Scott and Tessa. 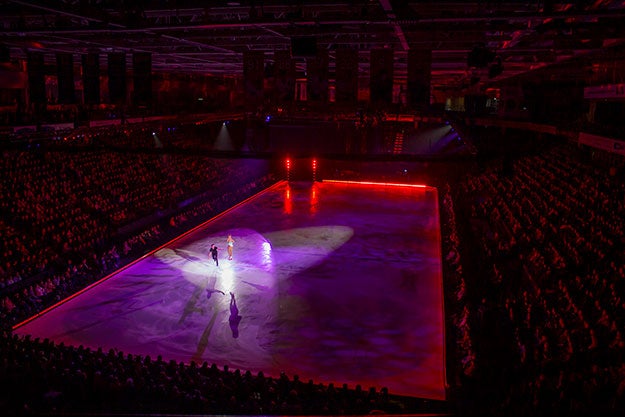 Before Scott and Tessa’s final routine the crowds attention was drawn to the giant video screens where they had recorded thank you messages to each other. This was the moment it all seemed clear. This really was the end of a partnership Canada had watched for the past 20 years. They thanked each other for the friendship and growing up together, and then they discussed how they were excited to begin a new chapter of their lives. Words I am not sure the crowd was ready to hear. The pair then skated one final performance together with crowd hanging breathlessly on each edge.  When they struck their final pose the crowd paused maybe unsure if were going to accept it was over, but then when the spotlights came back on, there stood Scott and Tessa, at centre ice, hugging each other. A moment no one in the building will ever forget. The crowd burst into cheers and applause with no one left in their seats. The perfect ending to a beautiful career! 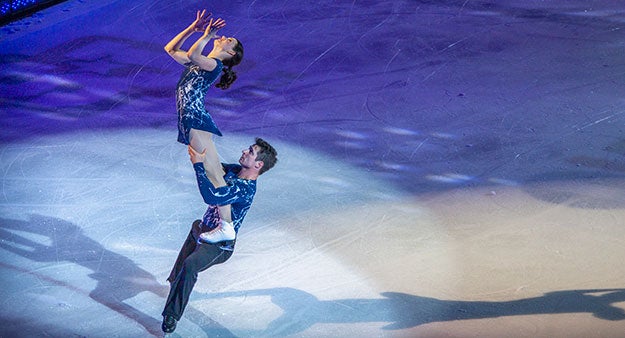 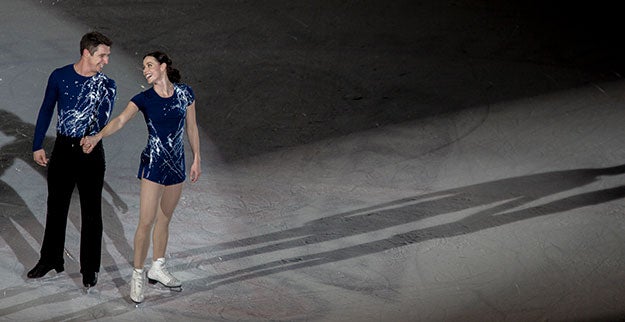 The Rock the Rink Tour was absolutely incredible and the emotion in the building was running high. The Tribute Communities Centre was the perfect settings as we spent the evening being taken care of in Prospects Bar & Grill with our charming and witty server Skylar. Thank you for allowing us to experience this incredible show. Your hospitality is second to none!

(For tickets inside Prospects Bar & Grill you must purchase in person at the ticket office or by phone at 1-877-436-8811. You must purchase tickets for the entire table of four in addition to a $30 food and beverage voucher for each person that can be used towards your food and drinks at the event.) 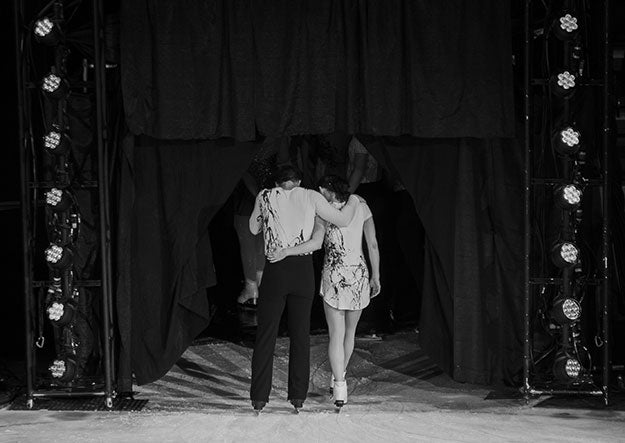