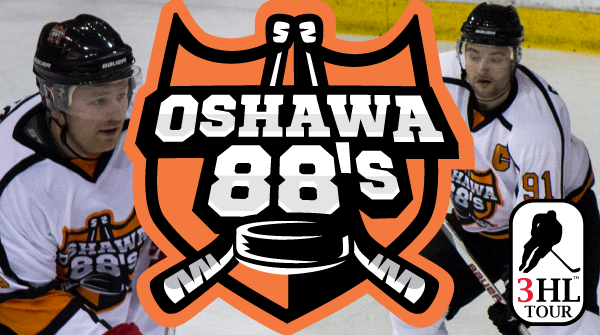 The 3HL TOUR is the world’s first 3 on 3 Professional Hockey League showcasing Canada’s elite hockey talent through a series of 3 on 3 pro hockey tournaments (3HL TOUR Events) across Southern Ontario. The 3HL TOUR returns to the Tribute Communities Centre on December 9th for the second annual 3HL Oshawa Showcase.

3HL TOUR events consist of eight teams of aspiring and accomplished pro hockey players representing various cities competing in a single elimination bracket style tournament for a share of a cash purse, individual player bonuses, and pride. Individual tournaments contribute to the overall season standings, culminating in the 3HL Champions Cup which will take place on April 21st at the Sleeman Centre in Guelph, ON. At the 3HL Oshawa Showcase, teams will be competing for a share of the $15K cash purse!

Excitement – The 3 on 3 format which is a proven player and fan favorite, along with various unique rule changes, and a tour consisting of a series of single day, bracket style tournaments makes the 3HL TOUR the most exciting hockey league in the world with unlimited growth potential along with a spectator type appeal of the PGA TOUR.

Community - As part of the hockey community in Canada the 3HL TOUR builds upon and strengthens the already existing infrastructure and provides various economic, social, and charitable opportunities within the communities we visit. Whether it is as simple as increasing awareness and/or raising funds for a charitable partner, providing a commercialized platform for local and national business partners, to facilitating local tourism initiatives by shining a spotlight on the communities we stop in, the 3HL TOUR is focused on the long-tern growth and development of hockey and the hockey community.

Combining the exciting open ice play of 3 on 3 hockey, with the intensity of an 8-team march madness style single elimination tournament, the 3HL TOUR will provide hockey fans with an action packed, highly entertaining, hockey event like no other.